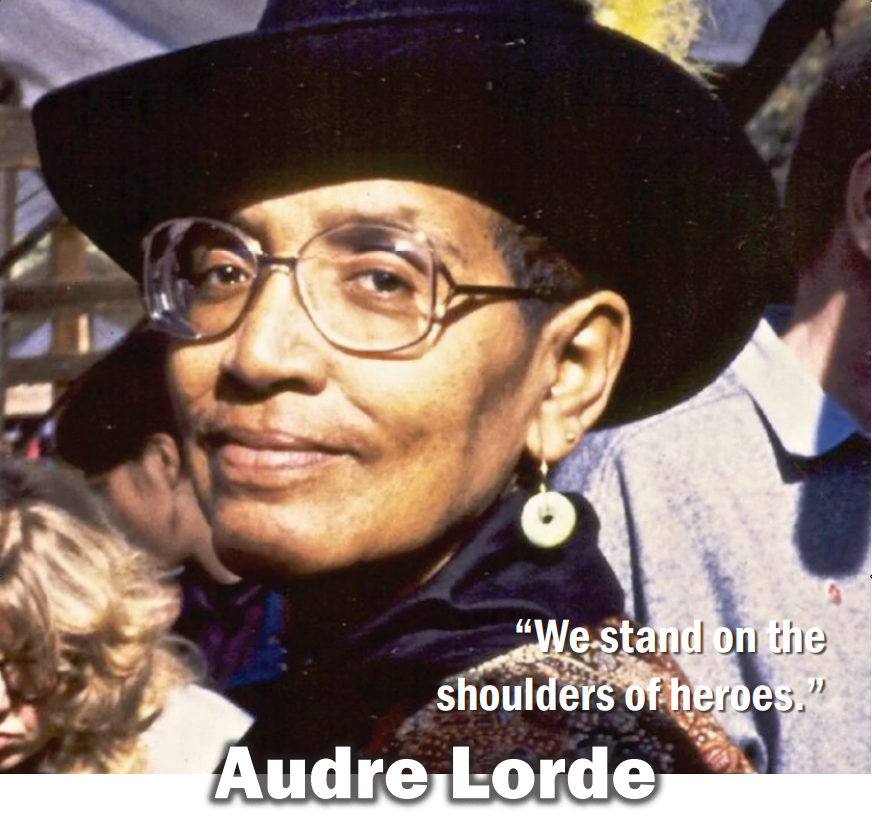 This exhibition ties the past to the present, reminds us of those who were brave so we can live lives out in the open with less fear and in the belief that things will continue to get better. We stand on the shoulders of heroes, women and men, nonbinary, trans, gays and lesbians, who always got back up when they were knocked down and insisted on truth no matter how painful.

Those we celebrate have moved mountains for Civil Rights, Women’s Rights, challenged hate, anti- Semitism, Islamophobia, struggled for economic justice, voting rights, and did so for every one of us so we too could have a dream that one day we would be measured by our character and not who we love. 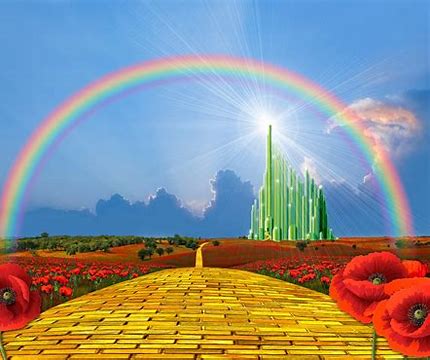 The events prior to Stonewall in 1969 were important moments in LGBTQ+ history but like Kansas, they remained in black and white, it was Stonewall that thrust us into the age of color, flags, and pride.

This exhibit marks key moments in our history along with moments in Stonewall National Museum-Archives-Library history.

These two trajectories travel along the same yellow brick road heading towards Oz, which has always been just a little out of reach, although we may have thought we arrived there at least a few times only to be disappointed.

The exhibit will use references from the Wizard of Oz (something that has become part of our community’s culture) as an illustration of our own ups and downs over the past 50 years. 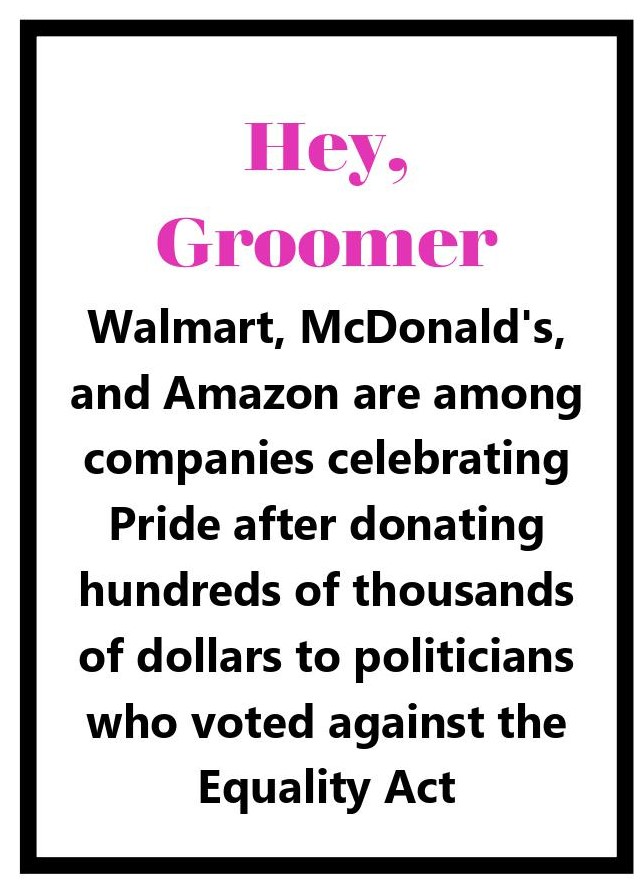 Code words have often been used to marginalize people, turn them into villains, and make them pariahs, even in their own communities.

These tactics have been used throughout history and are evident today. What lessons have been shared with us, have we learned from them? How do we use these tools to fight back, how do we ensure that the past does not repeat, how do we build the world we want and save future generations from the bias, hate, prejudice, and scapegoating recent years have once again subjected us to?

We can be sure of one thing, “Silence=Death” and words on a wall are only as powerful as how we incorporate them into our daily lives. If we are unable to make them part of our DNA, if we are unable to act on them, we change nothing.

“Will you join in our crusade? Who will be strong and stand with me? Beyond the barricade is there a world you long to see?” – Les Misérables

Katz (Not the Musical) Exhibition
Library; October – December 2022
Curator: Ben Smith
Jonathan Ned Katz, one of the foremost scholars of LGBTQ+ history donated a significant part of his library to Stonewall very recently. The collection of over 850 volumes is the largest the organization has received from any one donor. This will be our first chance to put some of this extensive collection on display, including some rare books and materials that inform what we know about ourselves and our community at large. Some of the books have Mr. Katz’s notes and markings on display, giving us insight on how he derived at his conclusions and why his books remain important even as he approaches his mid-80s. It is collections like these, and our ability to display them in context, that keeps Stonewall National vibrant and relevant to both the general public and the academic communities we serve. As we approach our 50th anniversary and walk down memory lane, it is good to take stock of what is still out there and how much work lies ahead of us. This exhibit brings all that into view and the book titles alone should help people recognize just how amazing our community is and how much we have impacted the rest of the world.

HerStory: Women’s Fund
Hester Gallery; July – September 2022
Curator: Paola Sierra
This exhibition looked at the legacies of activists, campaigns, policy-makers, and subcultures, which have contributed to the ongoing fight for the liberation of all women. The items in this exhibition pointed to the nonlinear shape of the lesbian and feminist movement; and their entanglement with the unique and collective prejudices women face. Where there is history there is herstory. Present anti-abortion laws, trans-phobic policies in sports, and anti-gay protocols in schools make learning from the past essential.

Early Gay Gathering from 1957-1965
Ross Gallery; July – September 2022
Curator: Paola Sierra
This exhibition looked at the ways in which gays and lesbians gathered in response to their subjugation and the outcomes of their organizing efforts. Some gays and lesbians met privately in their homes when gathering in public became unsafe, which ultimately led to the founding of two early homophile organizations: Mattachine Society (1950) and Daughters of Bilitis (1955). Early Gay Gatherings from 1957-1965 examined publications and newsletters disseminated by both organizations held in SNMA’s Pre-Stonewall Collection.

Pride: Party or Protest (part of a Washington-based One in Ten exhibition)
2006
Organizers: Keith Clark, John Coppola and Jeff Donahue

For Women Only: Spaces, Organizations, Events and Publications Created
by and for Women
October 2009
Curator: Charles Ross

The L of It: Lesbian Magazines
May-June 2010
Hester Gallery

He’s A Rebel, An Exploration of Leather Culture
October 15 – November 16, 2010
Hester Gallery
Curator: Charles Ross
Exhibition explored the lure of leather and its ongoing influence on the gay male community.

The Other Gay 90s – Coming Out With America
January 3-February 26, 2011
Charles L. Ross Gallery – Stonewall Library and Archives
Curator: Christopher J. Finlay
Survey of the national LGBT landscape from the past decade from the perspective of questions and gay youth.

Breaking the Sound Barrier: The Women’s Music Movement 1970-2010
March 1 – April 30, 2011
Charles L. Ross Gallery
Curator: Anne Doten
A look at the women, many who were lesbian, created opportunities for female musicians and their fans.

Curtain Up! Homosexual Characters on Broadway: From The God of Vengeance to The Boys in the Band
May 2- June 30, 2011
Hester Gallery
Curator: Charles Ross

Our Faces: Our Youth Tell Us Their Stories
March 1-March 16, 2013
Curator: Kim Cohane
Hester Gallery
Explored the world of LGBTQ creative performers in South Florida with an emphasis on gender identity and expression.

A Queer Geography: Where We’ve Been and Where We Are: 1975-2013 LGBT Maps Miami-Dade and Broward Counties
November 2013
Hester Gallery
Curator: Kai Kenttamaa Squires
From the archives, mapping the geographic migration of gay populations throughout Florida.

The Times of Our Lives: LGBT People and Issues on the Cover of Time Magazine
March/April 2014
Mona Pittenger Gallery – Wilton Manors
Curator: Charles Ross
Issues of Time magazine that featured gay men and lesbians on its covers.

A Snapshot of Service: The Pride Center at Equality Park
August 2014
Pittenger Gallery

Stroke: From Under the Mattress to the Museum Walls
February 2015
Pittenger Gallery
Curators: Robert W. Richards and Hunter O’Hanian
Original illustrations from men’s magazines from the 1950s to 2000.

As Seen on TV: An Exploration of LGBT Characters 1954-1979
March – April 2015
Pittenger Gallery
Curator: Charles Ross
An exploration of gay television characters from 1954-1979.

Out of the Shadows: A Gay American Timeline from Police Raids to Stonewall Riots – 1903-1969
July 2015
Pittenger Gallery
Curators: John Coppola and Charles Ross

“I am too.” Coming Out Stories
October – November 2015
Pittenger Gallery
An examination of generations of similar experiences telling friends and family one is gay.

Graphic Intervention: 25 Years of International AIDS Posters from the Wolfsonian Collection
November –January 2016
Pittenger Gallery
An examination of graphic posters which were used to educate others about the ways HIV and AIDS can spread.

Blake Little: Photography from the Gay Rodeo
May/June 2016
Organized by Eitelkorg Museum
Examines photos by Blake Little as he explored the maleness of the rodeo circuit in the American West.

Body Work: The Art of the Male Form
February/March 2017
Pittenger Gallery
Paintings and photographs of men

Nazi Persecution of Homosexuals 1933-1945
July 20 – October 14, 2018
Pittenger Gallery
Organized by US Holocaust Memorial Museum
Tracing the path from prejudice to persecution of homosexuals in Nazi Germany.

Sisters of the Commonwealth- Photographs by Meg Birnbaum
January 25 – April 28, 2019
Pittenger Gallery
Photos of members of the Sisters of Perpetual Indulgence in Boston, MA.

Stonewall: 50 Years in the Fight for Equality
MAY to August 11, 2019
Pittenger Gallery
Curator: Emery Grant
Photographs by Diana Davies, Fred McDarrah, and Kay Tobin depicting the Stonewall uprising period in the 1960s and early 1970s.

Transcending Love – Photographs of Transgender and Non-Binary Couples
Pittenger Gallery
November 15 to February 16, 2020
Photographs of and stories about contemporary transgender couples by B. Proud.

Pride Across the US
Examination of pride marches across the US from the early 1970s to the present day
Curator: Hunter O’Hanian
Click HERE for Virtual Exhibit
June 2020

The Saint
Curator:  Hunter O’Hanian
A look at the historic gay nightclub and its demise in NYC
Click HERE for a virtual exhibition
Click HERE for a recorded tour and curatorial talk
March 1, 2021- May 14, 2021

Stonewall is grateful to the following funders for their support of our operations and programs.

Funding for this organization is provided in part by the Board of County Commissioners of Broward County, Florida, As recommended by the Broward Cultural Council.

This project is sponsored in part by the Department of State, Division of Cultural Affairs, the Florida Council of Arts and Culture and the State of Florida.
Any views, findings, conclusions, or recommendations expressed by Stonewall National Museum & Archives, do not necessarily represent those of Florida Humanities of the National Endowment for the Humanities.