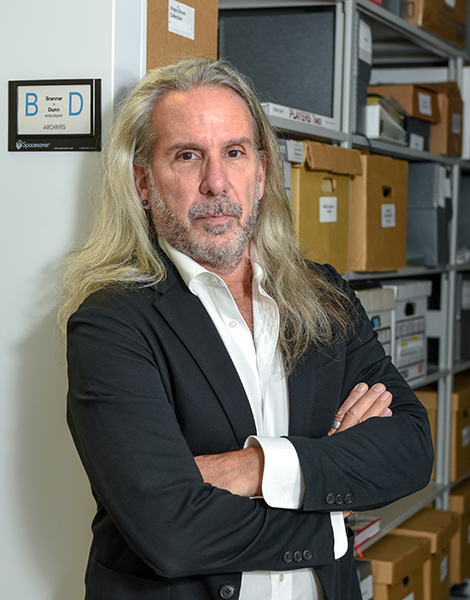 Hunter joined SNMA as Executive Director in October 2019. Previously, he was the head of the College Art Association, the largest professional association supporting art historians and visual artists in the world. Prior to that, he was the founding Director of the Leslie-Lohman Museum of Gay and Lesbian Art, the only art museum devoted exclusively to artwork that speaks to the LGBTQ experience.

Prior to joining Leslie-Lohman, Hunter was the Director of the Foundation for Massachusetts College of Art and Design in Boston. Prior to that, he led two renowned artists’ residencies programs, having served as the President of Anderson Ranch Arts Center outside of Aspen, CO, and Director of the Fine Arts Work Center in Provincetown, MA, the largest residency program for emerging artists and writers in the United States. The Fine Arts Work Center recently permanently endowed a Fellowship in his name.

Hunter has a long career of non-profit board and community involvement. He is the past board chair of the Alliance of Artists Communities, the national membership organization for artists’ residency programs. Hunter graduated from Boston College and received his law degree from Suffolk University. He has an honorary doctorate of fine arts from the Art Institute of Boston.

Having authored countless articles and papers, in 2014, he completed the figure-based project titled Self Portraits by Others, featuring the work of more than 50 artists who use photography in their work. In 2015, along with Robert W. Richards, he released Stroke – From Under the Mattress to the Museum Wall (Bruno Gmunder, 2015). In 2018, he released, A Reprobate Sense – The Illustrated Version of Peter Damian’s Book of Gomorrah.

Stonewall will be closed on Monday, January 18, in observance of the Rev. Dr. Martin Luther King, Jr. holiday. Regular business hours resume on Tuesday, January 19, from 11 am - 3 pm.

Funding for this organization is provided in part by the Board of County Commissioners of Broward County, Florida,
as recommended by the Broward Cultural Council.